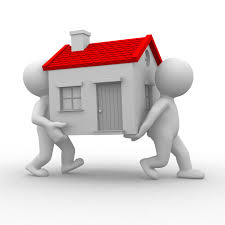 Rates are still low, but the stable part is in question after Royal Bank of Canada announced a small but still significant round of mortgage rate hikes that will take effect Friday. Expect other banks to follow along.

RBC will increase borrowing costs on special offers for fixed-rate mortgages with terms of two to five years by 0.1 of a percentage point. For example, the five-year fixed rate will rise to 3.04 per cent from 2.94 per cent, enough to increase monthly payments on a $400,000 mortgage amortized over 25 years to $1,901 per month from $1,881.

Higher payments aren’t much of an issue – for now. Despite economic weakness that argues for stable or possibly even lower borrowing costs, mortgage rates appear to be facing upward pressure. Nothing startling, mind you. But the days of stable five-year fixed rates tucked nicely under the 3 per cent threshold may be coming to an end at your neighbourhood bank branch.

Lenders are facing higher costs for financing mortgages as a result of new mortgage market rules introduced last year by federal regulators. As well, unsettled financial market conditions are forcing lenders to pay higher rates on the money they raise to lend out as mortgages. Canadian consumers are used to mortgage rates that closely track the state of the economy. But today’s mortgage market is more complex than that.

Fortunately, there’s an intense level of competition in the mortgage business. If there’s one lesson home buyers and owners should take from RBC’s rate increase, it’s to never get a mortgage without cross-checking rates with at least one other source, preferably a mortgage broker with access to multiple lenders.

There are lots of alternative mortgage lenders that undercut the banks on rates and, almost as importantly, offer much less onerous penalties if you have to break a mortgage before it matures. Also, you don’t have to negotiate with these lenders. There’s no need to get a line of credit or bring your investments over to get the best rate on a mortgage.

Fixed-rate mortgages have been the most popular lately, but there has until now been a case for going with the variable-rate option. Variable-rate mortgages are priced off the prime rate, which is influenced by the Bank of Canada’s benchmark overnight rate. The central bank is nowhere close to raising rates, which means variable rate mortgages, appeared to be safe from increases in the short term. Now, we see that this isn’t the case. Rates are still low in today’s mortgage market, but maybe not stable.

The Globe and Mail

This entry was posted on January 6th, 2016 by Charlene Kalia | Posted in General